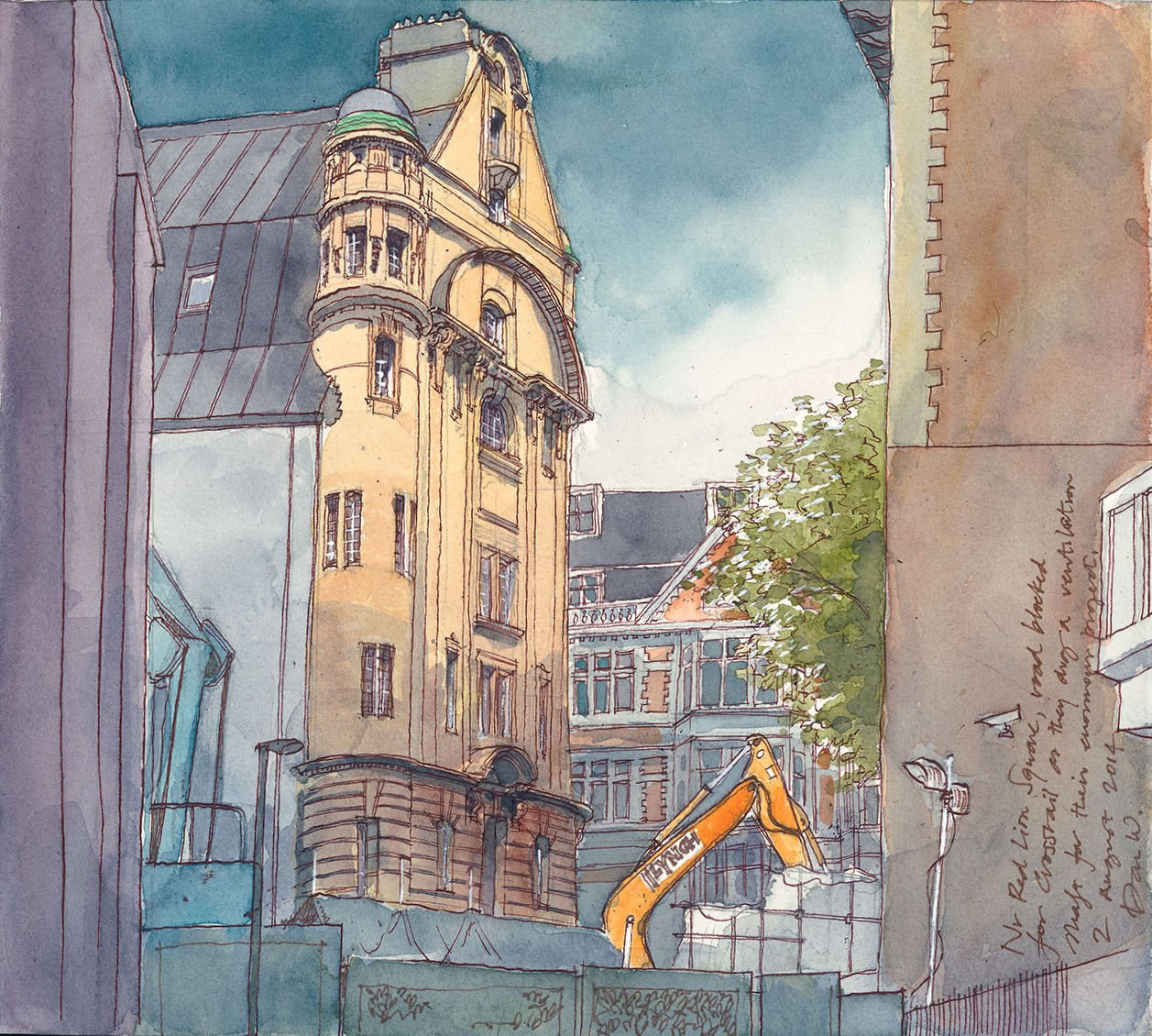 I sketched this view of Carlisle House, on Southampton Row, while sitting just within Red Lion Square. The building is now Grade II listed, deservedly so. It was built in 1905-6 by Bradshaw Gass and Hope and is a good example of an early steel-framed building. On the day I drew it there was a storm gathering and the dark sky set against the sunlit stone facade looked wonderful. The juxtaposition of the bright yellow arm of a digger, reaching into the bowels of London for the CrossRail project, made it even better.

The square I was sitting in is also worth a visit.It is named after an inn reputed to be one of the more salubrious and well-frequented of 17th century London, placed conveniently close to the lawyers and barristers of Gray's Inn Fields. The Red Lion Inn originally bordered fields, until the establishment, against local protest, of the current square in 1684 after a design of Nicholas Barbon, a keen London entrepreneur and developer who redeveloped large swathes of London after the great fire of 1666.

The square, notwithstanding its central position, has a feeling of being tucked away from the rush of central London, and is a pleasant place to pass away a few hours.

Sitting in a historic square while CrossRail diggers tunnelled underneath it 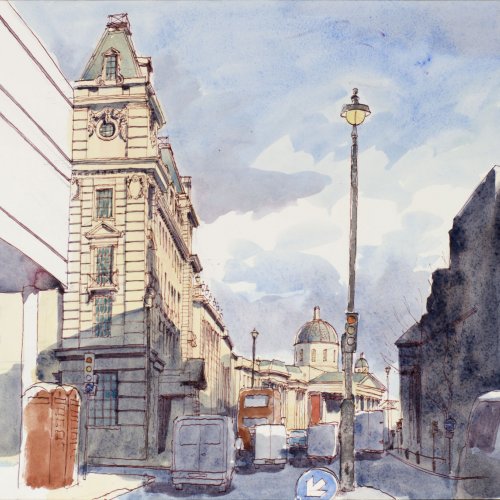 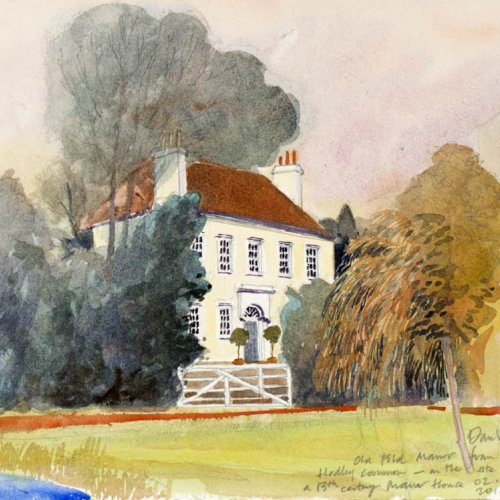 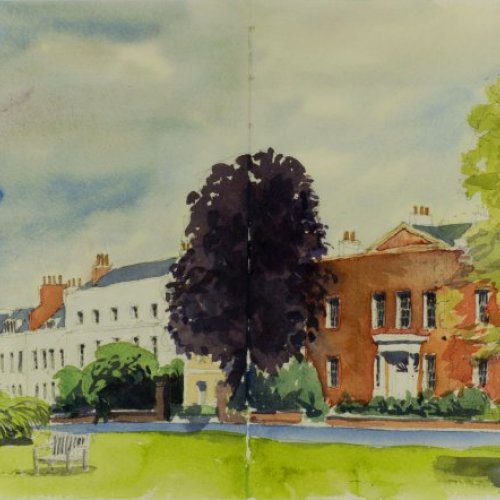 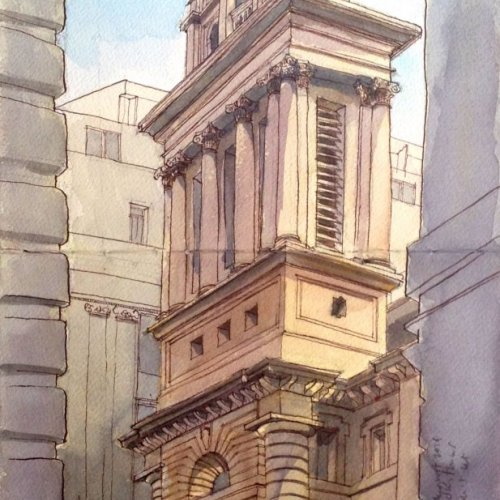 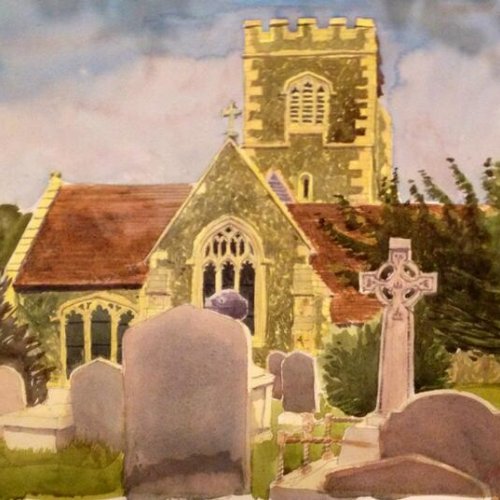