This beautiful school was founded in 1807 by a committee of Nonconformist merchants and ministers, who located it outside the boundary of London because of

"dangers both physical and moral, awaiting youth while passing through the streets of a large, crowded and corrupt city".

The school is nowadays much closer to Central London but still in peaceful, secure and rural surroundings - it occupies a 120-acre (49 ha) site, part of which formed the gardens of Ridgeway House, the house of the botanist Peter Collinson. He was one of the most important importers of rare and exotic plants into English gardens. Many of the species that he introduced to Mill Hill in the 18th Century continue to flourish today in the grounds of the School. In 1746 Collinson planted Britain's first hydrangea on the grounds, now located adjacent to School House.

Not For Sale
Barnet Assorted Pack of 5£ 10

Five cards with views of Barnet 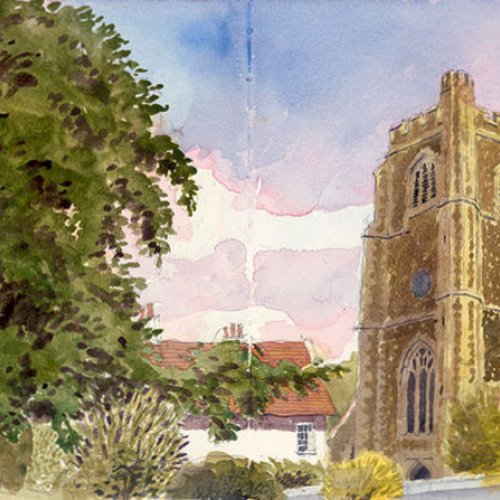 The little cottages that face St Mary's church near the common