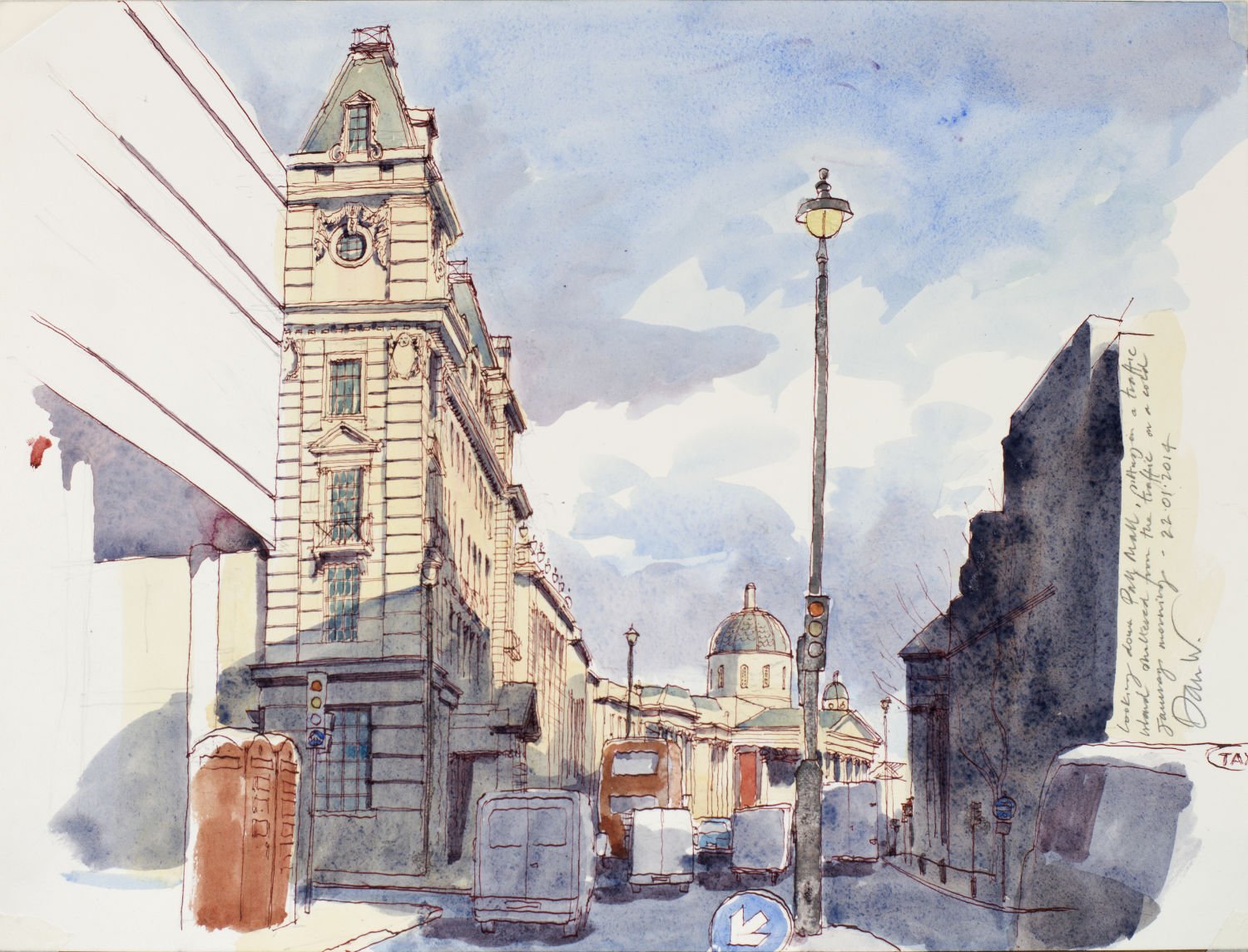 My notes, written vertically on the right-hand side say:

Looking down Pall Mall, sitting on a traffic island sheltered from the traffic on a cold January morning - 22-01-2014

This famous London road was laid out in 1661 along the side of a "Pell-Mell" court, a game popular in the 17th and 18th centuries. The road was originally named after Catherine of Braganza, the wife of Charles II, but quickly became better known as Pall Mall Street. Samuel Pepys diary entry for the 2nd of April 1661 records that he:

...went into St. James' park, where I saw the Duke of York playing at Pelemele, the first time I ever saw the sport.

The British History website, which has an excellent page on Pall Mall, comments:

In the days of Pepys, Pall Mall had really a "sweet shady side," as there grew along it a row of elm-trees, a hundred and fifty in number, "in a very decent and regular manner on both sides of the walk;" and the few houses which stood on the south side of it were "fair mansions enclosed with gardens." The north side was entirely open, and one or two hay-stacks might be seen on the spot now occupied, as has already been mentioned, by the Junior Carlton Club. At that time the Mall was the fashionable walk of the "upper ten thousand," who afterwards transferred their affections, when the trees were cut down, to the Long Walk in Kensington Gardens.

The area around the street was developed further during the latter half of the 18th century and became known for its gentlemen's clubs, like the Traveller's Club at nº 106, the Atheneaum Club at nº 107, the Reform Club at nº 104-105, the Army and Navy Club at Nº 36-39 and the Oxford and Cambridge Club.